Jesus in Matthew 23, speaks directly to the religious leaders of the day.  Taunting or calling out of the issues of the day; namely a wrong message of what makes one righteous.  Jesus gives an example of direct confrontation of the battle that is fought with men that are in conflict with the will of the Father.  The recorded word is given to combat pride, greed, self-will and sin in light of the provision and providence of God.
Jesus speaks the Seven Woes against the Pharisees and Scribes; the commanding rulers of the day.  Jesus challenged the norms of society[1] and desired to confront and give direction to the people of the Jerusalem that the pathway being preached was leading them to a false doctrine of God’s love and will for them. This conversation happened in a public forum and the gathering crowd existed of Scribes and Pharisees, in addition to the common Jews of the city.  Jesus is publicly calling out the teaching of the leaders for their contradiction with God’s Word.
Jesus is preaching the gospel that love of God is imperative and that belief in the Messiah offers everlasting life for every Jew.  It is love and grace, not law.  The Pharisees are in direct contrast to this:
In the case of the Pharisees and their scribes there is the very serious accusation that they shut up the kingdom of heaven before men. They were in reality effectively shutting people out of God’s kingdom at the same time that they claimed they were helping them into it; in that lay their hypocrisy[2]

Jesus baits the Pharisees to call them out, for the purpose of truth.  Christ knew the plan and the consequence of His actions.  Jesus was going to the cross to pay the price that could not be paid by anyone other than the perfect Lamb of God.  There was no other option.  Truth needed spoken; hypocrisy needed called out and the position of God and His will need to be completed.  Jesus calls the Pharisees and Scribes out for what they were; self-serving hypocrites.  This preaching from our Lord was meant to redirect the purposes of man to serve the righteous purpose of God. 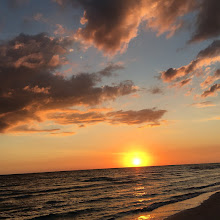